TRB had one of those weeks. You know, the kind that are so tough, you can’t wait until Friday arrives, and when it does, you want to just crash. The thought of breaking out a pot or a pan to cook — let alone turn on the stove or oven — couldn’t be further from… more » It’s hard to believe that the Fourth of July is here again. It seems like this year is flying by and before we know it, the holidays will be just around the corner.  But TRB is getting ahead of herself… One thing that’s so wonderful about the summertime is the overabundance of fresh, natural ingredients. Supermarkets… more » 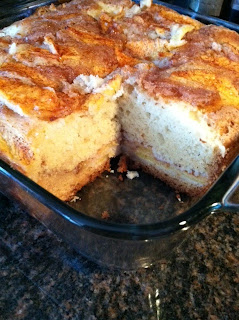 As faithful readers know well by now, TRB is a Food Network fanatic. As in – not just A fan, but THE fan. It’s pretty much the only channel TRB watches (besides sister-network, Cooking Channel). Truth be told, not much excites TRB like coming home to find the next issue of Food Network Magazine in the… more » 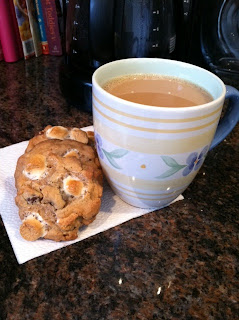 Who doesn’t love S’mores? Rich chocolate and gooey marshmallows piled between crunchy graham crackers… it’s the perfect snack for a camping trip. But, here’s a secret – TRB isn’t a big fan of camping OR S’mores, mostly because camping involves being outside with bugs (yuck!) and S’mores are super messy to eat. So, the question becomes… more »

Not sure what to bake up for the holidays? Busy running around trying to finish your shopping and preparing for your New Year’s party? Never fear! Baking up sweet treats will be easy this year because TRB is serving up some help from Trader Joe’s! Yes, that’s right, Trader Joe’s! For those of you who… more »